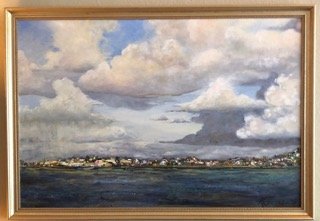 Melissa James has been expressing her vision of the world since early childhood. Growing up on a sugar cane farm in southern Louisiana, she could always be found exploring nature with her loyal pets.

During her adventures, Melissa was always mystified by the effects that sunlight, time of day and season change had on her surroundings. Fortunately, this trait has followed her into adulthood.After excelling in her art classes in high school, it was only natural for Melissa to pursue a creative future at Loyola, New Orleans and subsequently at Maryland Hall Center of Creative Arts, Annapolis, Md. As with most of us, the reality of adulthood channeled her energies in other directions for several years. However, following her arrival to Texas, Melissa returned her focus to expressing her unique vision through her paintings.

Melissa has enjoyed working with various organizations, including Canine Companions for Independence (CCI). In 2017, Melissa was featured as the solo artist in CCI’s annual fund-raising event in Ft. Worth, Texas. As preparation for this event, Melissa was responsible for creating six unique pieces of artwork that conveyed the complex and deep-rooted relationship between a person in need and their highly trained canine companions.

Her artwork not only conveyed the level of dependency and connectivity between these individuals and their canine assistants, but also captured the love that exists between man and his best friend. Melissa is a current member of G.A.P. (Grapevines Art Project) as an artist and plans to continue her quest of using her visceral vision to explore the understated relationships that exist in nature and expressing emotional connections through her art work. Melissa can be reached at    melissa@jamestx.com 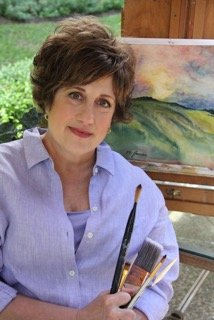